Why is the world afraid of ambitious Black women? I believe our ambition has been the key to our very survival as Black women.
Black women at work
November 4, 2021 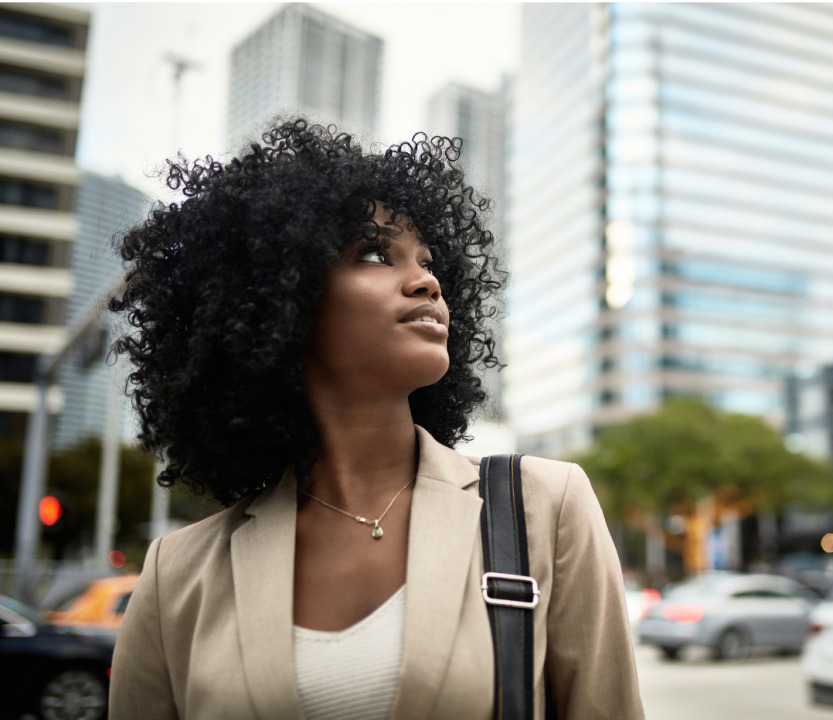 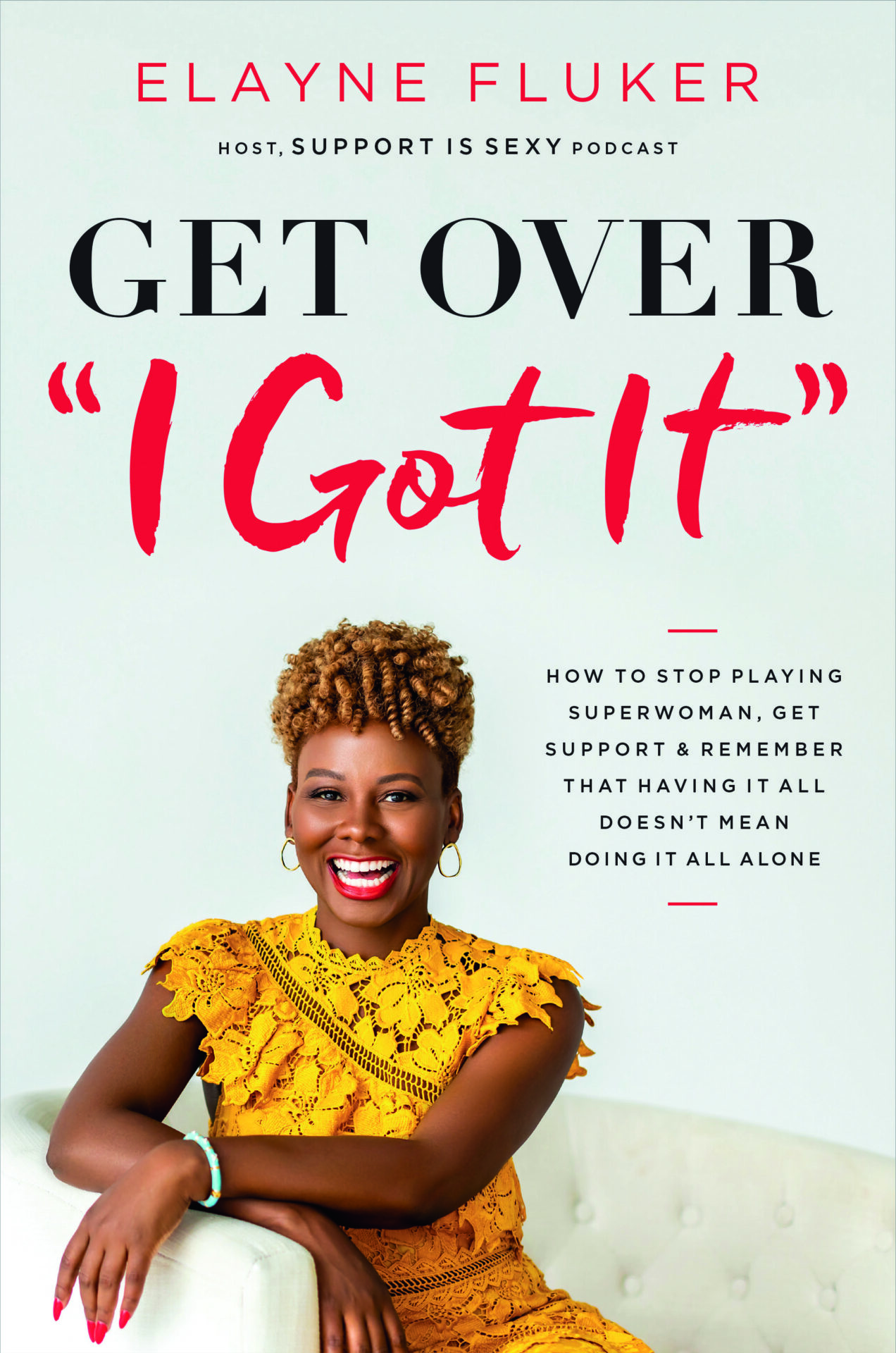 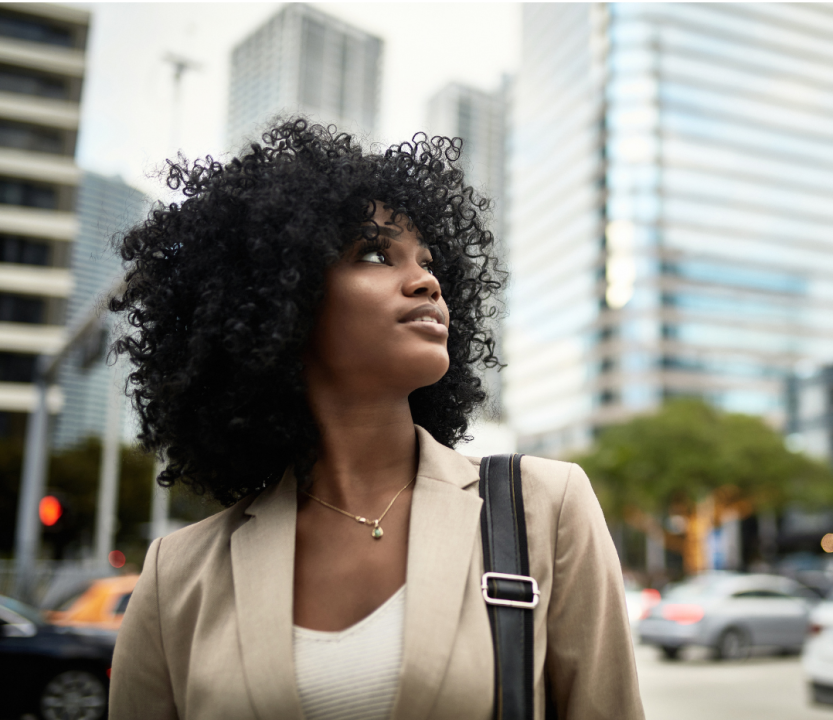 My mom squirmed in her recliner as she tried to find the right word. It was August 11, 2020, and we, as most people, just learned that presidential candidate Joe Biden had chosen Senator Kamala Harris to be his vice-presidential running mate for the 2020 election. Both my mom — a longtime Democrat — and I, no party affiliation, though he might choose former U.S. Ambassador Susan Rice because of their previous relationship during the Obama administration; but there was no denying that Kamala Harris was an excellent choice.

Still, that afternoon, as we sat at mom’s house watching the news coverage, something made her uneasy. “She just seems too… too…” She found the word: “…ambitious.”

Hearing that a Black woman is too ambitious or too anything else is no longer surprising to me. (I’ve heard it about myself — too ambitious, intimidating, unrealistic, etc..) However, hearing that sentiment from my mother — one of the strongest women I know, and a woman who, herself, has raised at least one wildly ambitious child — was sort of startling. (Was her concern influenced by generational differences? Was there a fear for Senator Harris’s safety? Was the expectation to defer to white folks so deeply ingrained in my mom — as a Black woman who had to survive growing up in the segregated South — that she didn’t even realize what she was saying?) When I gently asked her what she meant by her statement, she continued to look at the TV and say, “I just feel like she might overpower him.”

Even before she was selected, conversations have swirled throughout the media (and probably around many living rooms like my mom’s) claiming Senator Harris is “too ambitious.” There were reports that some top donors in Vice President Biden’s camp worked against her even being considered at all because they worried she might be too ambitious of a running mate for him, that she would have her eye on the presidency from the start and that, as my mom said, she might overpower him. Yet the same concern didn’t seem to plague the white women candidates, who were being considered for the role and who, I would argue, are likely as ambitious as anyone who thinks they could potentially be the president or vice president of the United States by convincing millions of people to vote for them. 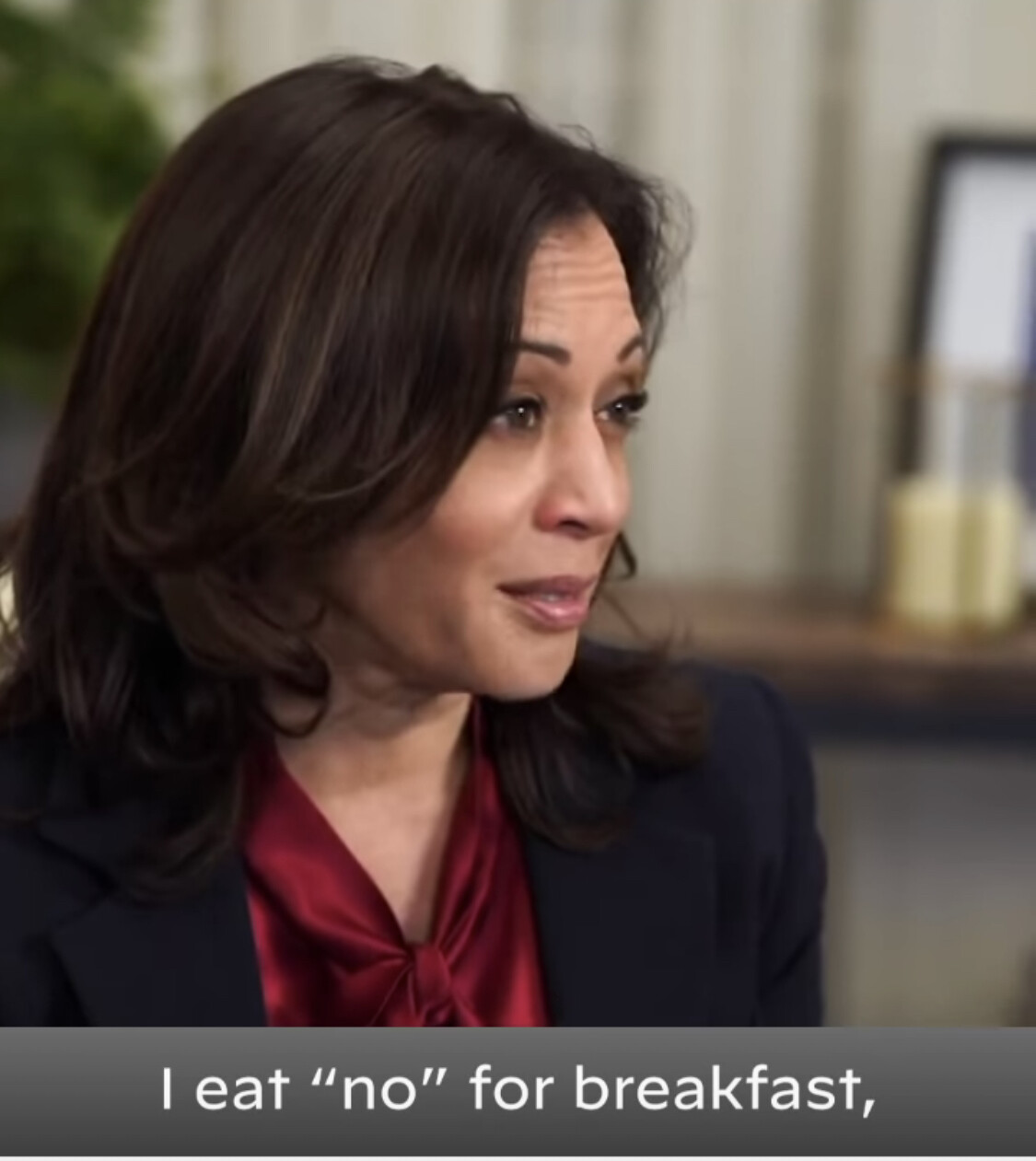 Senator Harris, an unapologetically ambitious woman, addressed these “concerns” about her ambition during a livestream with Black Girls Lead 2020 convention in July. “There will be a resistance to your ambition, there will be people who say to you, ‘you are out of your lane,'” she said. “They are burdened by only having the capacity to see what has always been instead of what can be. But don’t you let that burden you.”

But for many Black women, ambition can sometimes feel like the precise burden Vice Presidential candidate Kamala Harris warns us to be aware of

But for many Black women, ambition can sometimes feel like the precise burden Harris warns us to be aware of. You’re damned if you’re ambitious, you’re damned if you’re not ambitious. And this perception can plague you whether the individuals who try to label you are those outside of the Black community or they’re other Black folks who, for whatever reason, need you to stay within the box they’ve created for you in their own minds.

I googled the word “ambition” to see what would come up and found definitions that said:

“a strong desire to do or to achieve something, typically requiring determination and hard work.”

“desire and determination to achieve success.”

Having healthy ambition means that you have hopes, dreams, and a desire to grow.

So why is the world afraid of ambitious Black women?

“…If Black women didn’t have a measure of ambition, there is no way that we would be able to navigate the highly patriarchal environment that we’ve been forced to endure since arriving on these shores as enslaved Africans,” LaTosha Brown, co-founder of Black Voters Matter, told the Washington Post. 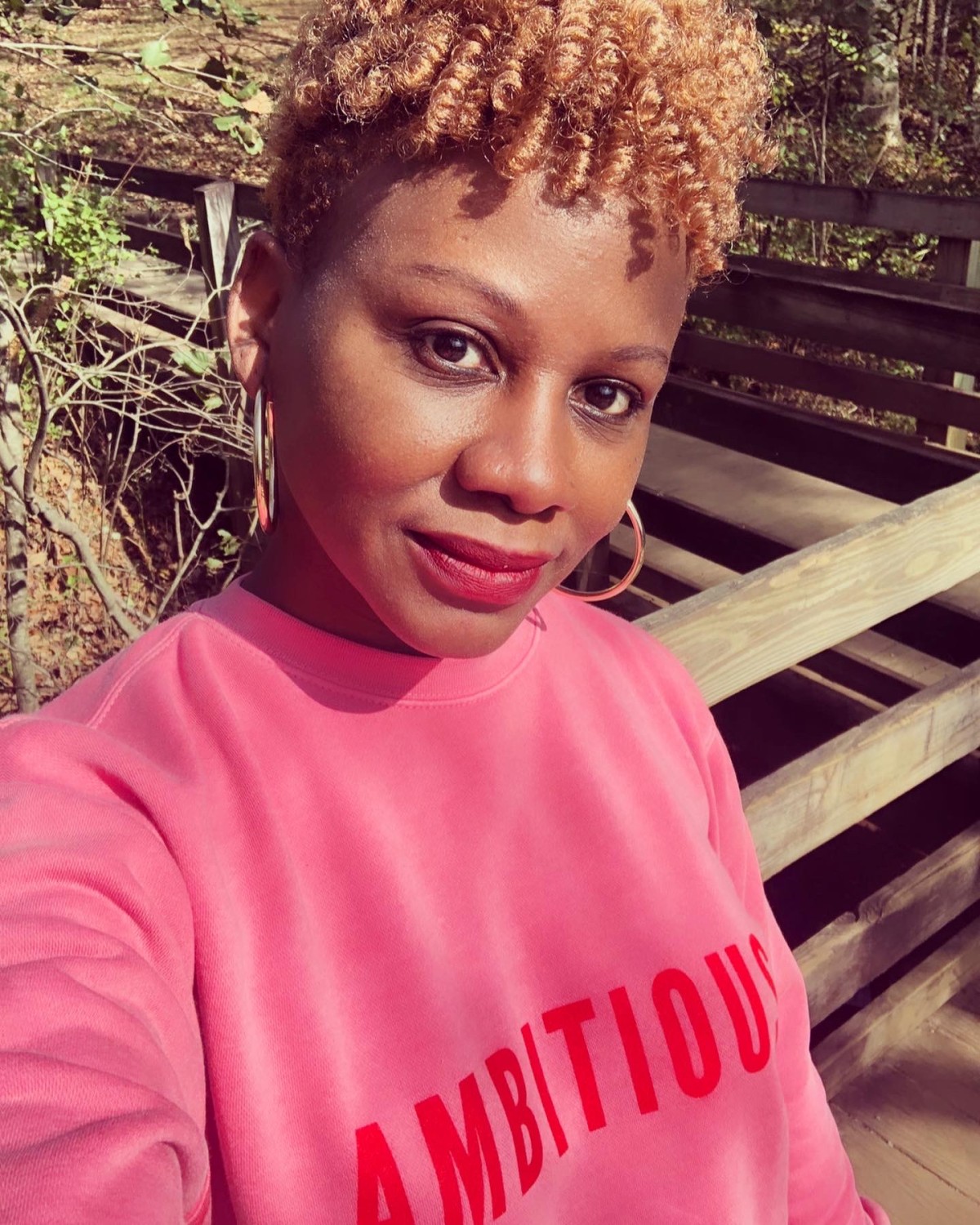 I believe our ambition has been the key to our very survival as Black women. It is at the core of our resilience. Ambition allowed us to step in and become heads of households when our families were ripped apart generations ago. Ambition makes us demand better for ourselves, our families, and our communities today. Ambition is the reason Black women are the fastest-growing segment of entrepreneurs in the country, even though we still face unfair obstacles to funding and resources that endanger our businesses. Ambition is the reason Black women are the most educated of any group in the United States, even though we still bump our heads against the “concrete ceiling” as we work to rise in corporate spaces and we continue to be paid 38% less than white men and 21% less than white women on average in the U.S.

“…If Black women didn’t have a measure of ambition, there is no way that we would be able to navigate the highly patriarchal environment that we’ve been forced to endure since arriving on these shores as enslaved Africans,” LaTosha Brown, co-founder of Black Voters Matter, told the Washington Post.

Over the last few weeks, I’ve had great discussions with several proudly ambitious Black women to ask them what ambition meant to them, how it played a role in their lives, how it challenges who they are and how it shapes who they hope to become — from an entrepreneur to a mom to a corporate executive. I also chatted with a psychotherapist to dig into the psychological aspects of being a Black ambitious woman. Those conversations were so intriguing that I plan to share them with you in the coming editions of this newsletter.

But until then, there was one woman I wanted to hear from about this first: My mom — a whip-smart Black woman, who came of age in Alabama in the 1930s, and who brought herself, and all of her immediate family, up to New York in the 1950s. 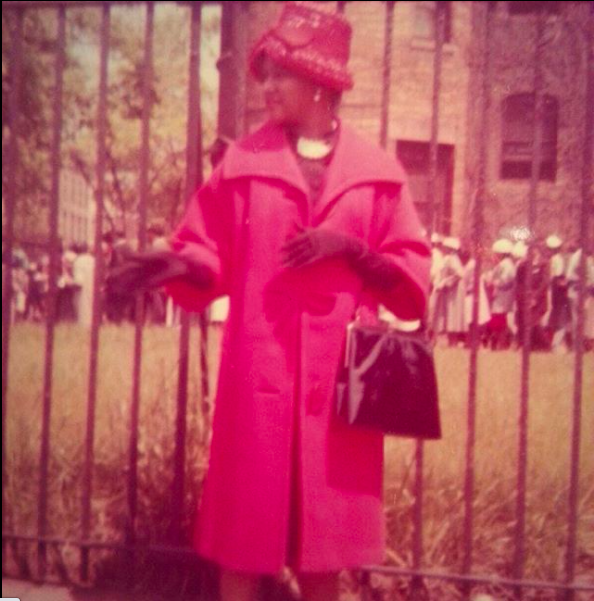 On our way back from a day of running errands, I reminded mom of our conversation on the night Senator Harris was chosen and asked her what she thought about the word ambition when it comes to Black women.

Mom: “When I was growing up, women didn’t get jobs like that.”

“During that time, when women started working, women didn’t even try for administrative jobs or those kinds of jobs. Being a woman was thought of as a handicap. [And if] you were of childbearing age, there were things you were limited to. It could keep you from certain jobs or things like buying a house. There was no maternity leave and they were afraid you’d leave your job if you got pregnant.”

Do you think Black women today have to keep themselves “small” and less ambitious to survive?

Do you think ambition is a good thing?

“You have to have ambition to make anything grow.”

You raised an ambitious daughter.

“I was a little bit ambitious…”

What were your ambitions?

“I would have loved to have gone to college. I didn’t go to college because I didn’t want to take money from the other kids, [my siblings]. I guess my mother would have scraped and figured it out; but that was just me looking out for everyone else.

But I went to New York in 1951 and once things got better, I brought all my sisters and brothers and my mother and stepfather to New York. I got a job at the library and I thought, “this is good, if I stay here and don’t skip around with the kids, I could always take them to the doctor. And I was covered with insurance…”

And that was a smart choice! You did what you had to do! So you think we’re going to be okay with Vice President Kamala Harris?

Sis, no matter what anybody tells you, dim your light for no one. Your dreams and desires were put in you for a reason. What if you are the woman who is meant to pave a way so that other girls and women can see you and dare to dream, too? You’re an ambitious Black woman. And yeah, that’s a good thing. 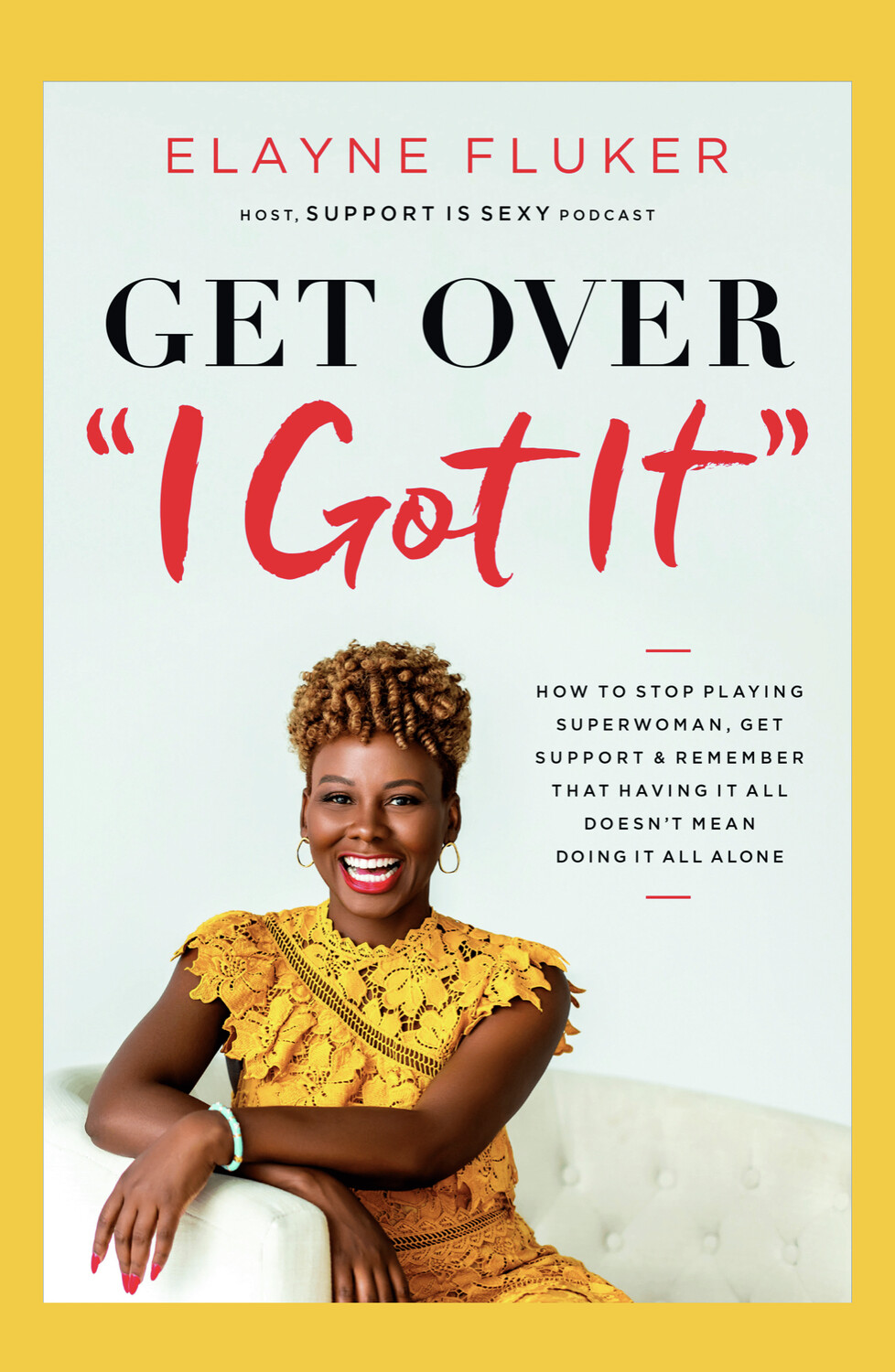 Elayne Fluker is the author of the upcoming book, GET OVER “I Got It” — How to Stop Playing Superwoman, Get Support and Remember That Having It All Doesn’t Mean Doing It All Alone (HarperCollins Leadership, May 11, 2021). You can preorder her book TODAY and get a free gift from Elayne at GetOverIGotIt.com!

Choose a date and time that works the best for you, via the calendar below!